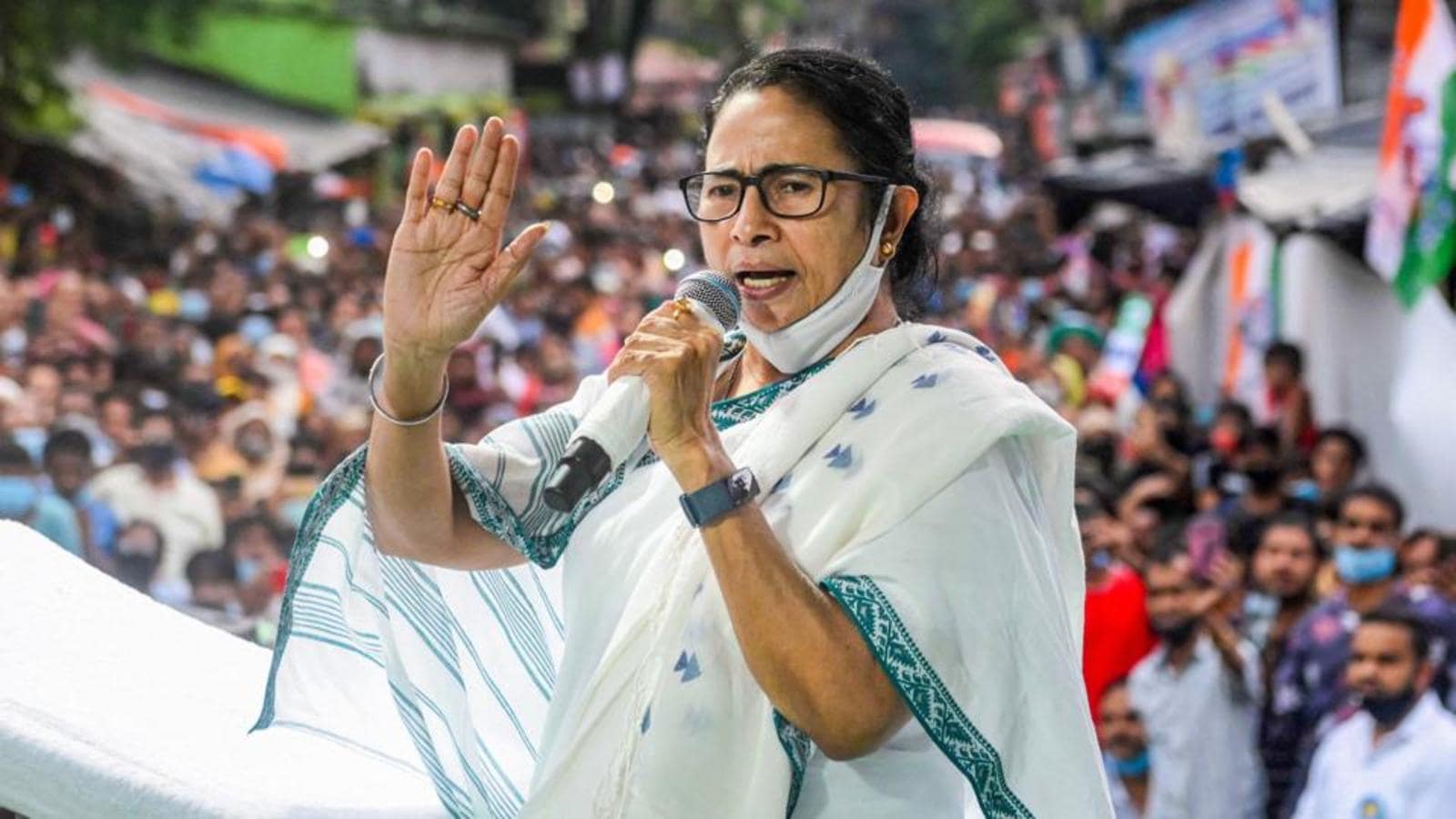 West Bengal chief minister and Trinamool Congress supremo Mamata Banerjee sharpened her assault towards the Congress for the second consecutive day whereas campaigning for the Bhawanipore by-elections scheduled on September 30.

“The Congress has got frightened. They sometimes manage you (BJP). But you cannot manage Mamata Banerjee,” she stated throughout her ballot marketing campaign in Bhawanipore on Saturday.

“TMC will work across the country. The Congress couldn’t. Only we can do it. To uproot the BJP from this country TMC alone is enough. We don’t want anyone else. If we have the public with us, we will fight, win and come back. This is my promise,” she stated at a second assembly in Bhawanipore, whereas taking over the BJP.

This comes lower than a month after Congress president Sonia Gandhi referred to as a digital assembly with 19 ‘like-minded’ non-BJP events on August 20. TMC chief Mamata Banerjee attended the assembly.

On Friday, Banerjee had attacked the Congress saying that the BJP doesn’t think about them and therefore no central company went after any Congress chief aside from former finance minister P Chidambaram.

The Congress, nevertheless, has lashed out saying that Congress leaders weren’t concerned in any rip-off like coal and cattle smuggling and therefore the necessity of being arrested by a central company by no means arose.

This is, nevertheless, not the primary time that the Congress has come below assault from the TMC regardless of the previous not fielding any candidate towards Banerjee for the Bhawanipore by-election.

Earlier this month the chief minister’s nephew Abhishek Banerjee had attacked the Congress alleging: “If the BJP thinks that the TMC will get frightened, bow down and accept defeat like the Congress and other political parties, then let me tell them that TMC will fight with renewed vigour. We will expand to all the BJP-ruled states and take them head-on. Do whatever you can.”

Then too, the Congress had objected saying that solely inexperienced individuals discuss in such a way and beat their very own drum.

“Congress never said that we will need Mamata Banerjee to fight against the BJP. The fight between the Congress and the BJP is both political and ideological. Even a few years back Mamata Banerjee was in the BJP’s ministry at the Centre. She never admitted that she had done something wrong. Nor did she say that bringing the BJP to West Bengal was her biggest fault. She is a hypocrite,” stated Adhir Ranjan Chowdhury, chief of the Congress social gathering within the Lok Sabha.