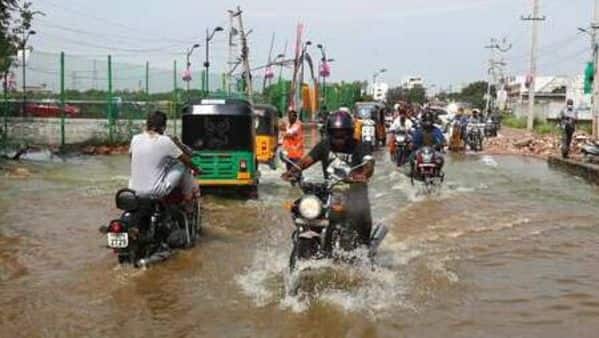 The India Meteorological Department (IMD) has predicted heavy rainfall in southern Indian this week. According to the IMD, the cyclonic circulation over the north Andaman Sea and neighbourhood extending as much as 3.1 km above predominant sea degree persists.

Therefore, beneath the affect of the cyclonic circulation, a low-pressure space is more likely to type over the East-central Bay of Bengal and adjoining north Andaman sea right now, October 13. The system will transfer west-northwestwards and attain south Odisha-north Andhra Pradesh coasts as a well-marked low-pressure space round 15 October.

The IMD stated the cyclonic circulation would end in gentle to reasonable rainfall at most locations with remoted thunderstorms, with wind velocity gusting as much as 60 kmph would possibly happen over Andaman & Nicobar Islands throughout the subsequent three days.

IMD has issued rain alert within the following states:

Under the affect of cyclonic circulation fashioned within the Arabian Sea and Bay of Bengal, heavy rainfall is predicted in Kerala for the subsequent 4 days. The IMD has issued an orange alert for six districts within the state for October 13 and 14, predicting heavy rains. The weatherman has issued an Orange alert in Kollam, Pathanamthitta, Alappuzha, Kottayam, Ernakulam, and Idukki districts for 3 days. Meanwhile, a Yellow alert has been sounded in Thiruvananthapuram, Palakkad, Malappuram, and Kozhikode districts. A yellow alert denotes heavy rainfall between 6 to 11 cm.

The IMD has forecast remoted ‘heavy to very, very heavy rainfall’ for the subsequent 5 days over the coastal area and south inside Karnataka, together with Bengaluru. The heavy rainfall is triggered by a cyclonic circulation that at present lies over the east-central Arabian Sea.

Tamil Nadu’s Salem, Dharmapuri, Krishnagiri, Erode, Nilgiris, and Coimbatore are more likely to obtain rainfall within the coming days, together with southern inside districts of Theni and Dindigul. Tamil Nadu obtained 17% extra rainfall than its seasonal common this yr. Tamil Nadu has recorded 94.8 mm precipitation between October 1-11–81% larger than its common for this era.