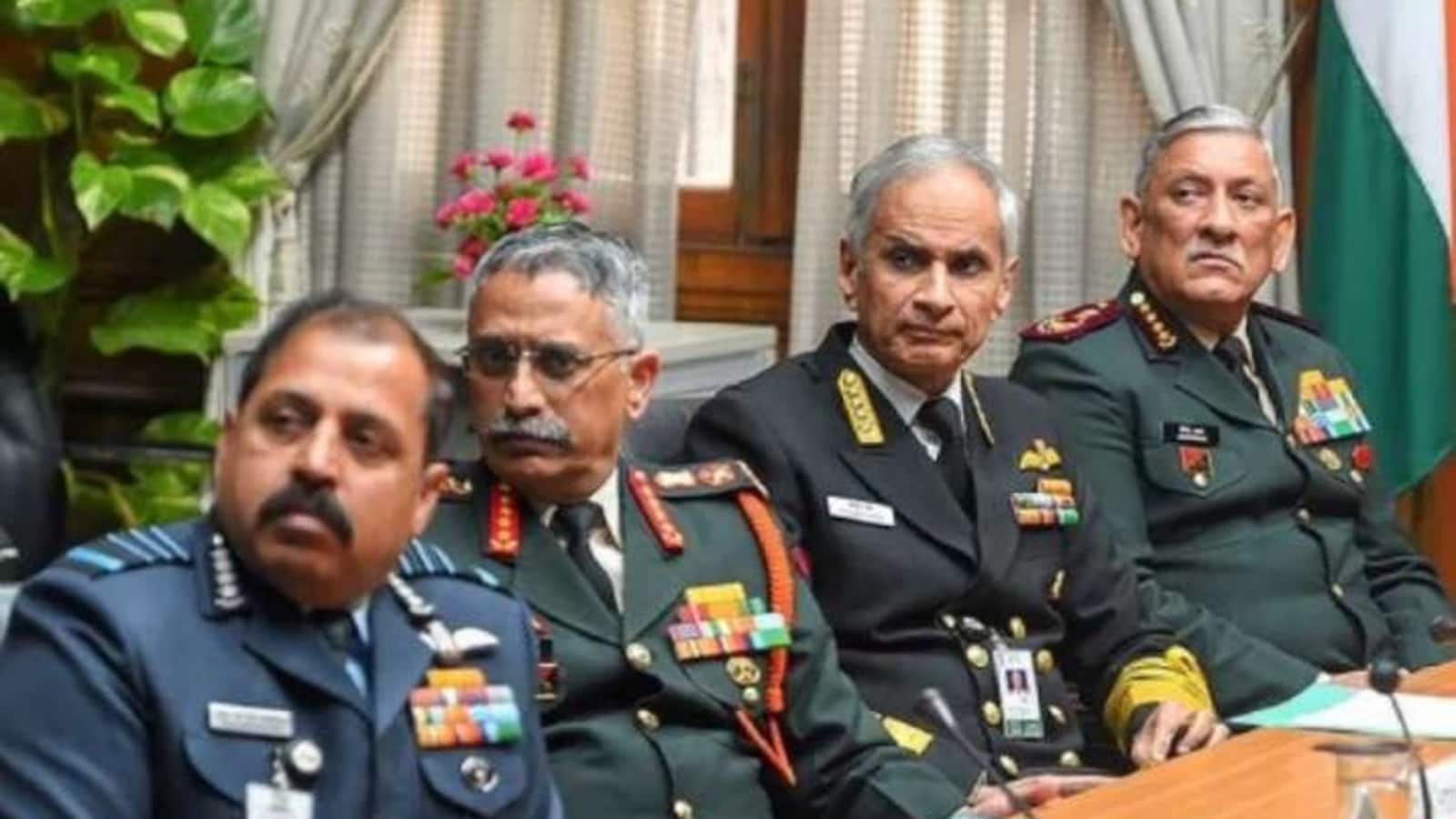 Chief of Defence Staff General Bipin Rawat held a marathon meeting on Thursday to assuage concerns of the Indian Army, Indian Navy and Indian Air Force over forthcoming military theatre commands and professionally addressed all misgivings of the tri-services. Prime Minister Narendra Modi is expected to announce key changes and reforms in military architecture during his Independence Day speech this year.

On July 22, General Rawat held a five-hour meeting in the presence of three service chiefs, vice chiefs and integrated defence staff officers above the rank of major general and equivalent to explain to them the proposed military theatre commands with a vision to synergise military operations for rapid response to future conflicts. China, India’s main military threat, has already reorganised its military into theatre commands and is now helping client Pakistan to shed its imperial legacy and reform its military. While India faces Chengdu based Western Theatre Command on its northern border along the LAC, Pakistan except for its Peshawar based XI Corps and Quetta based XII Corps has deployed its entire military to face India.

South Block sources said Gen Rawat held the meeting with the military chiefs at the advice of defence minister Rajnath Singh, who wanted all the legitimate concerns of the tri-services to be noted and valid ones addressed before the military theatre commands were announced. Thursday’s meeting was the second such meeting on the issue with the Modi government all set to announce the maritime theatre command and the air defence command. Besides, three land commands will be announced next year with the western theatre command solely handling the Pakistan border and the eastern theatre command solely the Tibet-China border with northern command separately handling both the borders due to illegal land claims of both Pakistan and China over UTs of Jammu and Kashmir and Ladakh.

According to South Block officials, the military theatre commands process is going on smoothly with Gen Rawat taking all the questions from the three service chiefs. While the future (now for over two decades) lies in jointmanship and synergy between three services, the three services are worried about their respective turfs and fiefdom with the power of the service chief getting reduced to procurement and training as is the case with theatre commands. It is the theatre commander who will be responsible for operations with all three services joining hands to counter the enemy. It was the 1999 Kargil war, which revealed the lacunae within the Indian military with both the army and the Indian Air Force on different pages when the war started in May 1999.

While the Narendra Modi government has decided to move towards theatre commands, the three services are worried about the division of military assets and the principal role of the permanent chairman of the Chief of Staffs Committee (COSC) in wartime conditions. Under the military theatre commands, the commanders will directly report to the chairman, COSC, who in turn will task them on the advice of the military chiefs or members of the committee.