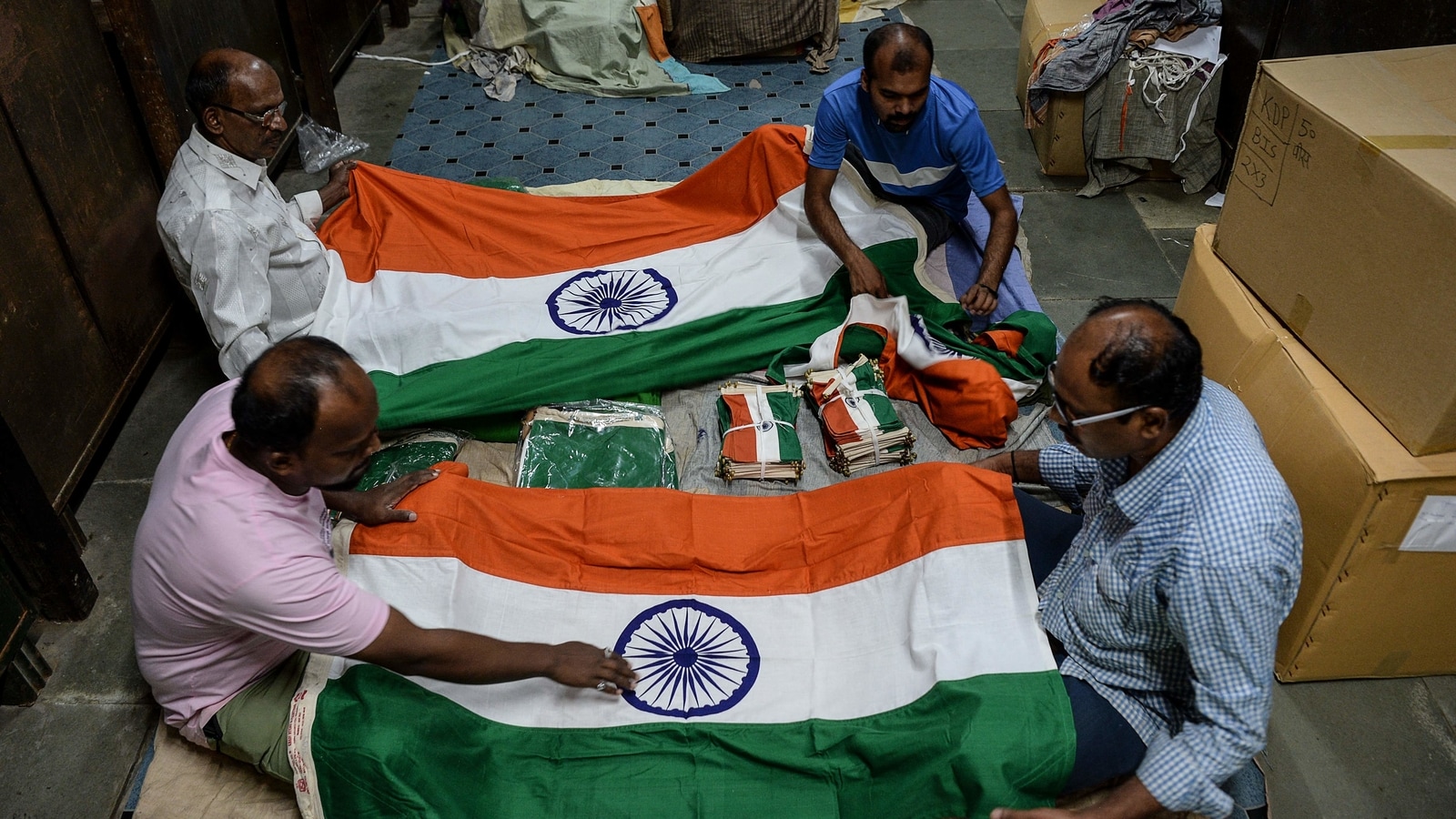 The Union ministry of house affairs (MHA) has directed all states and Union territories (UTs) to make sure that individuals don’t use nationwide flags made from plastic in the course of the forthcoming Independence Day celebrations. In a press release, MHA stated that flags made from non-biodegradable gadgets don’t decompose for a very long time and make their acceptable disposal a sensible downside.

The house ministry said that the tricolour represents the hopes and aspirations of the nation; therefore ought to occupy a place of honour.

“There is universal affection and respect for, and loyalty to, the national flag. Yet, a perceptible lack of awareness is often noticed amongst people as well as organisations or agencies of the government, in regard to laws, practices and conventions that apply to display of the national flag,” the assertion learn.

The MHA stated that tricolours made from plastic are getting used throughout necessary nationwide, sports activities and cultural occasions as an alternative of these made from paper. The states and UTs have thus been requested to guarantee that individuals use nationwide flags made from paper solely on the events of such necessary sports activities, cultural and nationwide occasions when it comes to the provisions of the Flag Code of India, 2002, and that these paper flags are “not discarded or thrown on the ground after the event.”

The paper flags are required to be disposed of, “in private, consistent with the dignity of the flag,” the MHA assertion learn. The house ministry letter addressing the states and UTs was issued alongside a replica of the ‘Flag Code of India, 2002’, and ‘The Prevention of Insults to National Honour Act, 1971’.

Such statements by the Centre have been issued beforehand as nicely.

Meanwhile, Prime Minister Narendra Modi has sought recommendations and concepts from individuals for his Independence Day speech this yr. Taking to Twitter on July 30, PM’s workplace requested residents to share their concepts on mygovindia. “Your thoughts will reverberate from the ramparts of the Red Fort. What are your inputs for PM @narendramodi’s speech on 15th August?”

(With inputs from PTI)